Much work has taken place on the engine at Headshop UK (https://www.head-shop-uk.co.uk/car-engine-reconditioning-services)

The main assembly has continued smoothly.

All fasteners required were provided by https://www.thomassmithfasteners.com/

with the specials and non-standards made within the group at our onsite workshop who re-engineered the studs and bolts to the specification required.

The fly wheel bolts seen above were all manufactured in our factory.

The image below shows John, the boss, at Headshop UK working on the oil/water pump which is in a combined casting on this F 101 AC 001 Ferrari engine.

It was the failure of this pump which prompted the re-build when the oil and water was found to be mixed in the sump. Restoration experts claimed that it could be a cracked block or at the best a failed head gasket. John has proved his worth by finding the problem and arranging a cost-effective solution to fix this pump. The repair required a good clean, along with new bearings as the originals had disintegrated, and a replacement gasket and seal set.

The engine rebuild continued without too many issues apart from a challenge posed by the distributor. Ferrari engine specialists wanted a lot of money and local distributor experts were not prepared to face the challenges that a V12 distributor might throw at them.

John and his team were not fazed, and proceeded to ultrasonic clean and replace parts with the standard dizzy kit and a new rotor arm and cap. The distributor was calibrated in house with their Sun machine.

Soon after the engine rebuild was complete and it is time for testing the engine on Headshop UK’s dyno:

The engine is now in storage waiting for the rest of the car.

Many of our valued customers are classic car enthusiasts. After listening to customer requests, we have added BSF assorted fastener kits for classic car restoration to our online shop.

These are useful mixed packs of BSF Zinc Plated bolts, nuts and washers that are commonly used in classic car restoration for many manufacturers / models, including:

Our assorted fastener packs come in a handy case and the range can be viewed here.

We are always updating and adding to our range. We listen to our customers – if there’s anything you’d like added, please contact us and we’ll be happy to help! 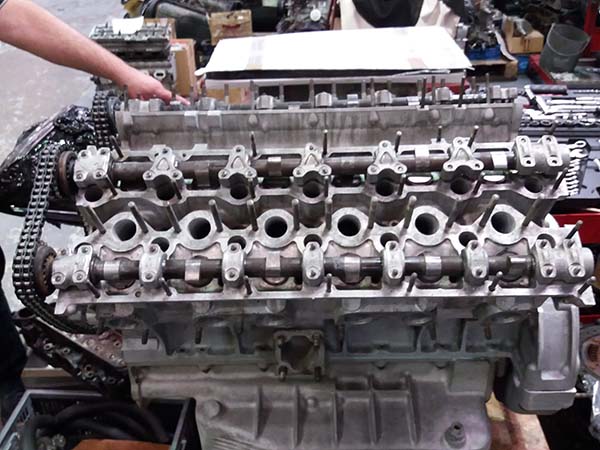 Following a couple of quiet years the restoration project is now back on track. The engine is now being re-assembled by the technicians at Headshop UK in Warrington. 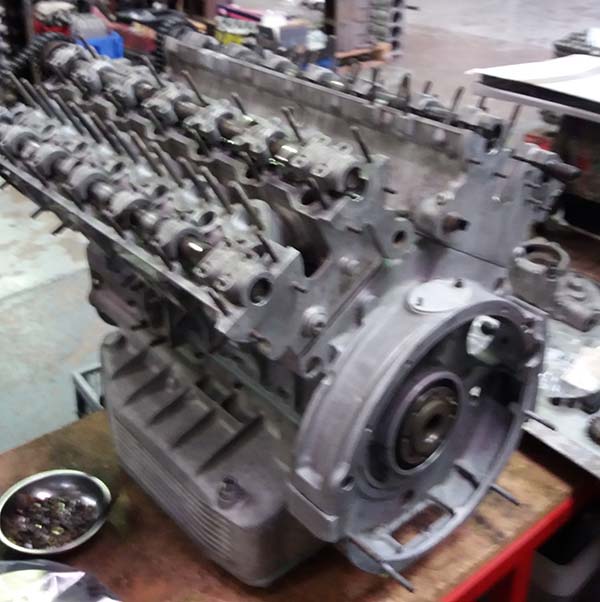 The bottom of the engine is finished and some more seals and chains need to be sourced to enable the work to continue. The Flywheel bolts will be from our own factory at Thomas Smith Fasteners in Greater Manchester. 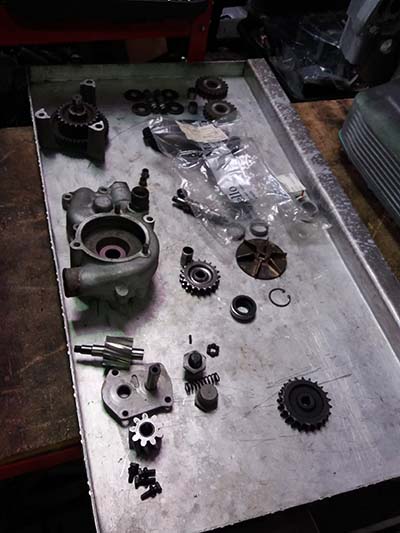 The combined Oil/Water pump was initially thought to be a challenge but it looks a lot simpler with everything cleaned up.

No more hold ups are envisaged with the engine rebuild. More on the progress in the coming months, keep checking out the Thomas Smith Fasteners news blog!

This classic car restoration project is proving to be slower and more challenging than anticipated! Our last report hoped that work would start in early 2014, but at last in summer 2015 the engine restoration is starting to gather pace.

The image below shows the engine block with the original Ferrari identification numbers – F101 AC 001 number 00174. 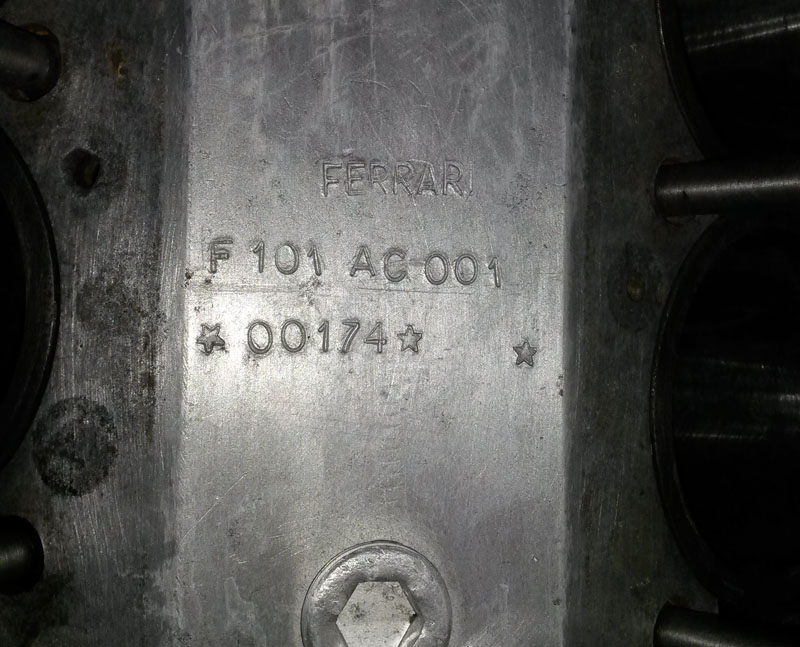 A new set of pistons were received from JE Pistons in the USA and replacement valves also arrived in Autumn 2014. 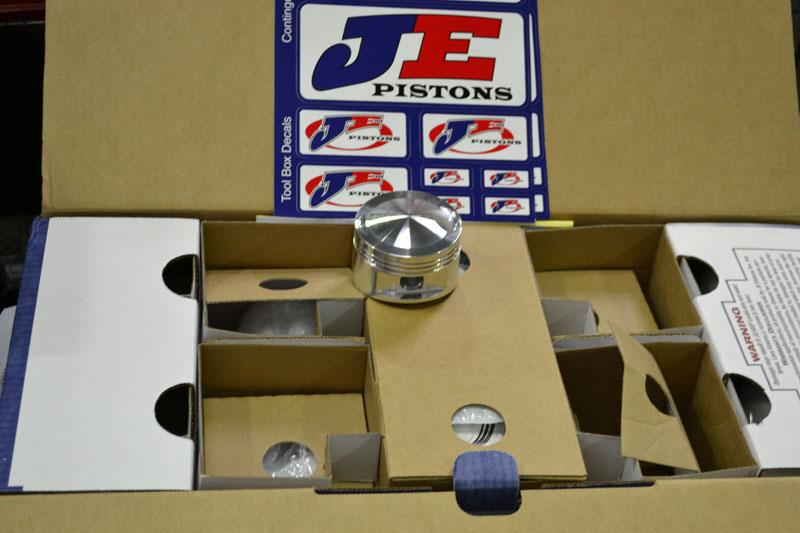 The engine has been thoroughly examined and cleaned, the piston liners machined and little other damage was found. 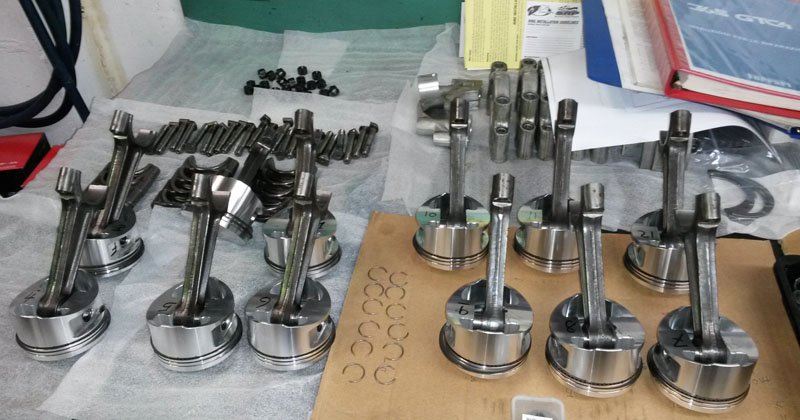 A few of the engine studs showed thread damage, and as Thomas Smith Fasteners is a leading manufacturer and supplier of both metric and imperial fastenings to the classic and historic car industry, we were easily able to manufacture the replacements in Grade 10.9 material (with M8 x 1mm pitch one end and M8 x 1.25mm pitch the other) on our CNC machining centre. 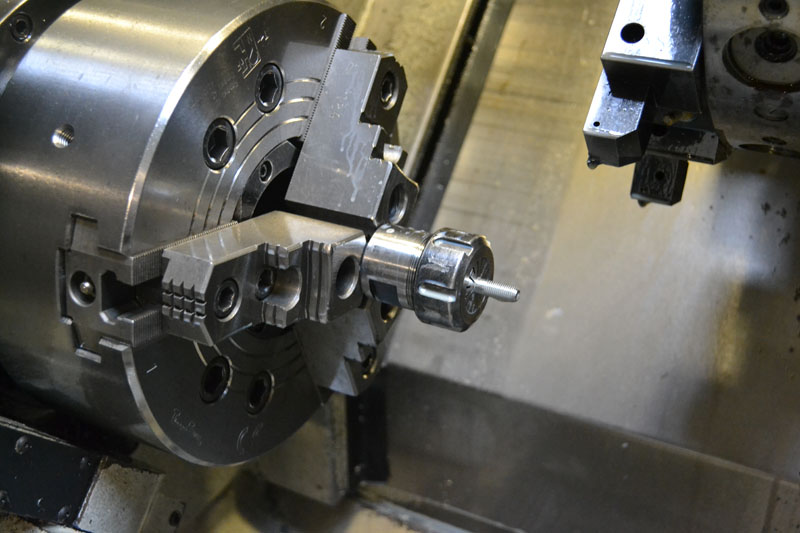 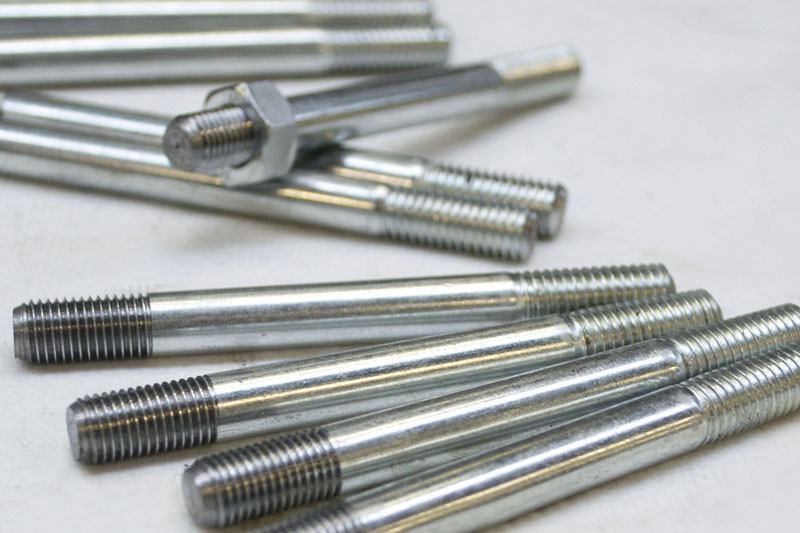 The studs have recently been delivered to John at Headshop (UK) in nearby Warrington. These studs will be used in the rebuilding of the short engine using the gaskets that have been supplied by Maranello classic parts. 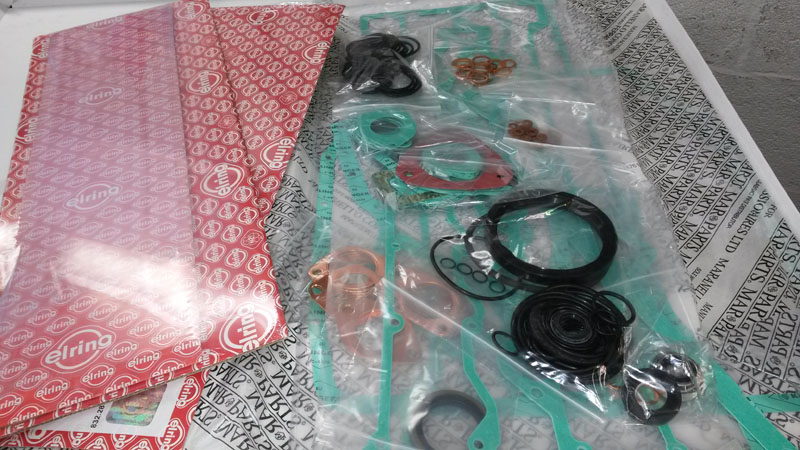 Here are links to previous posts in this series: 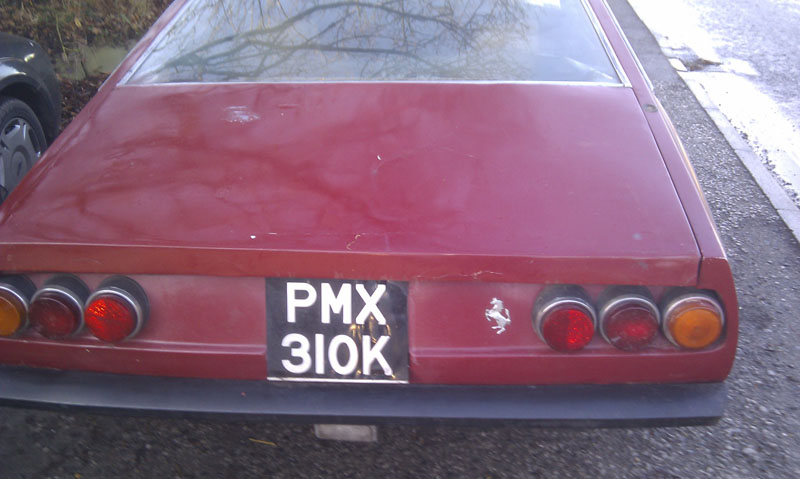 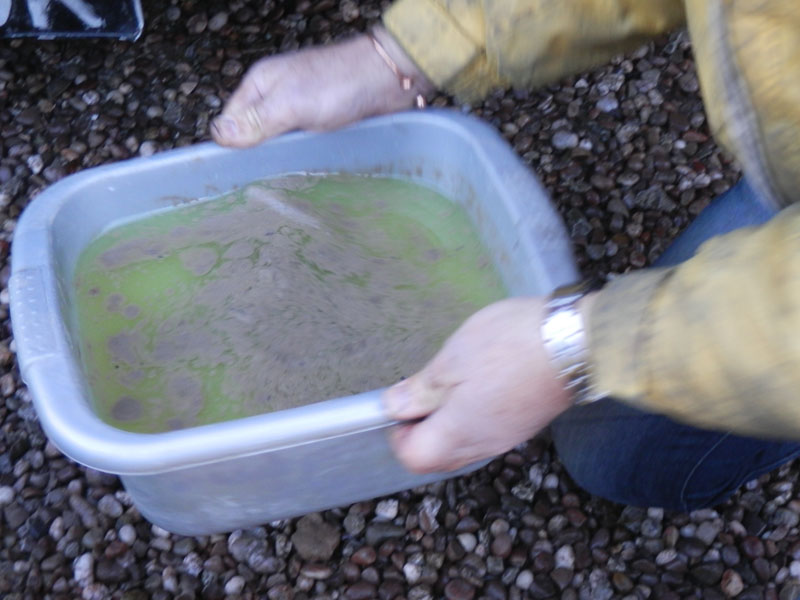 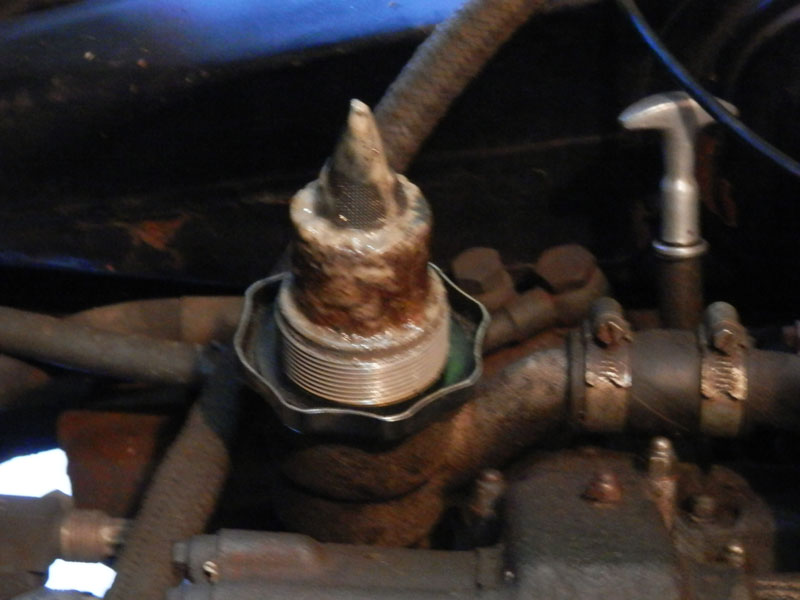 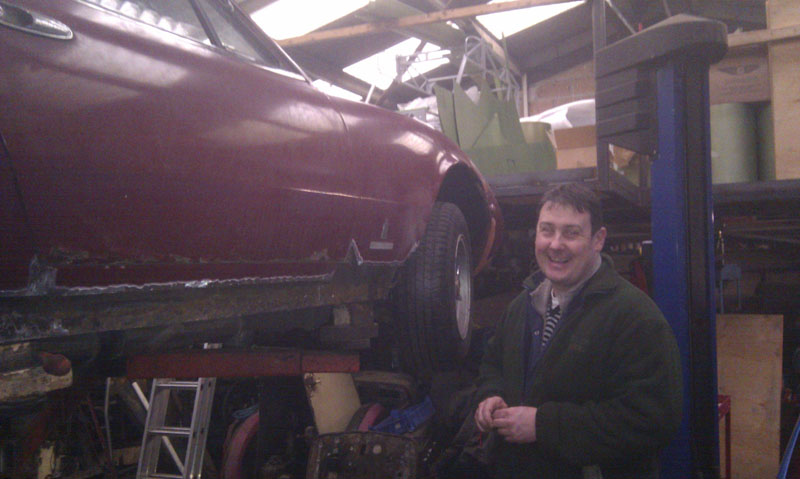 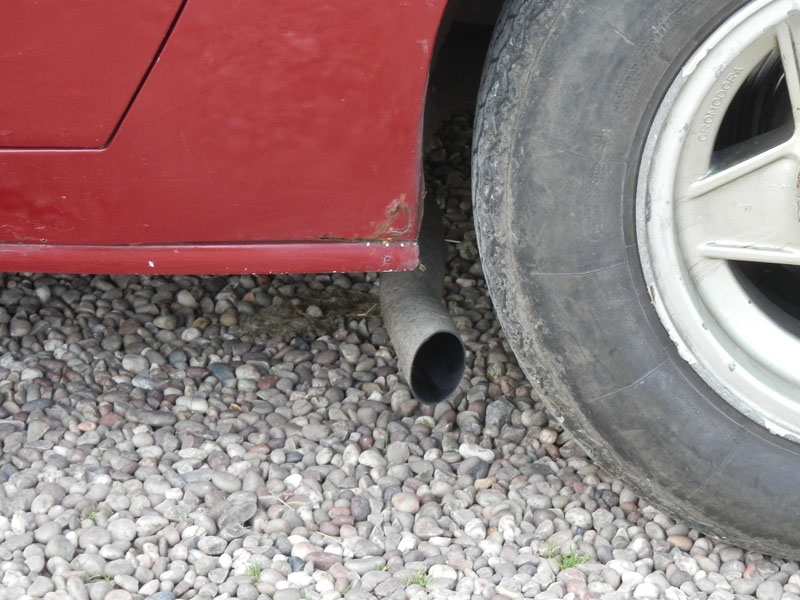 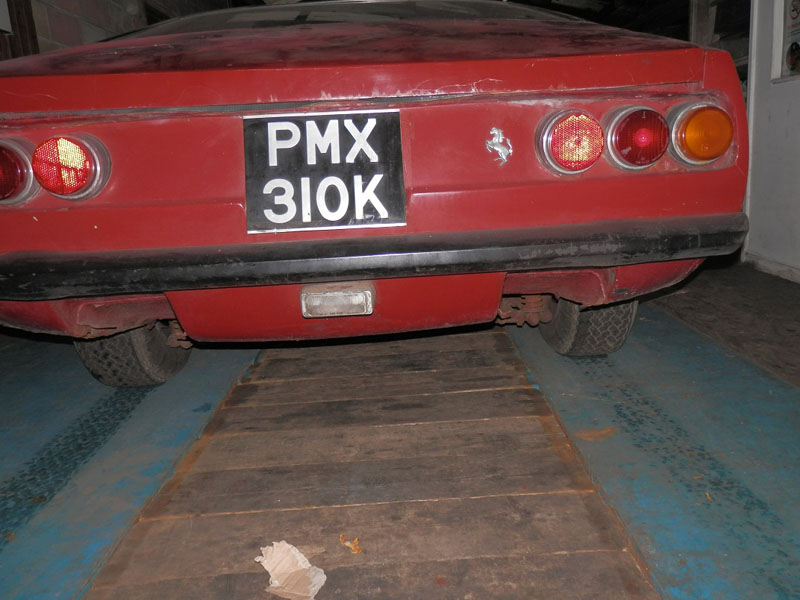 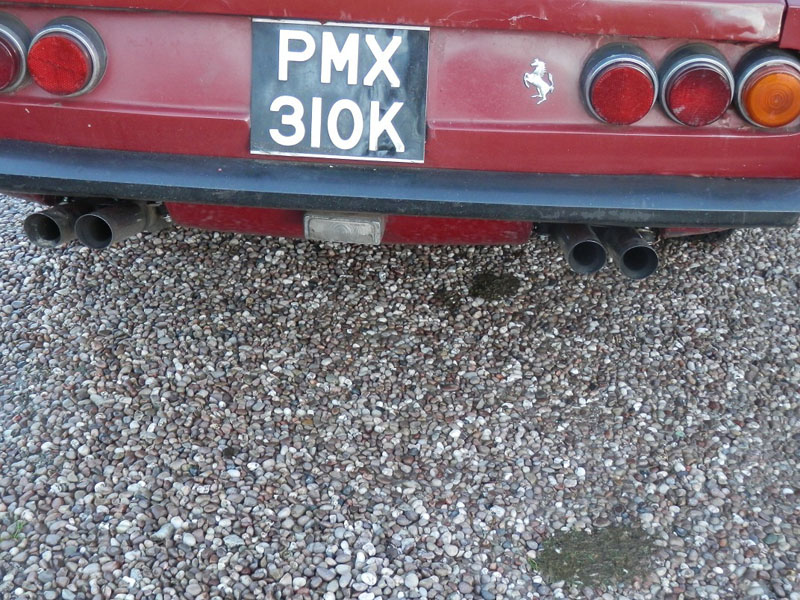 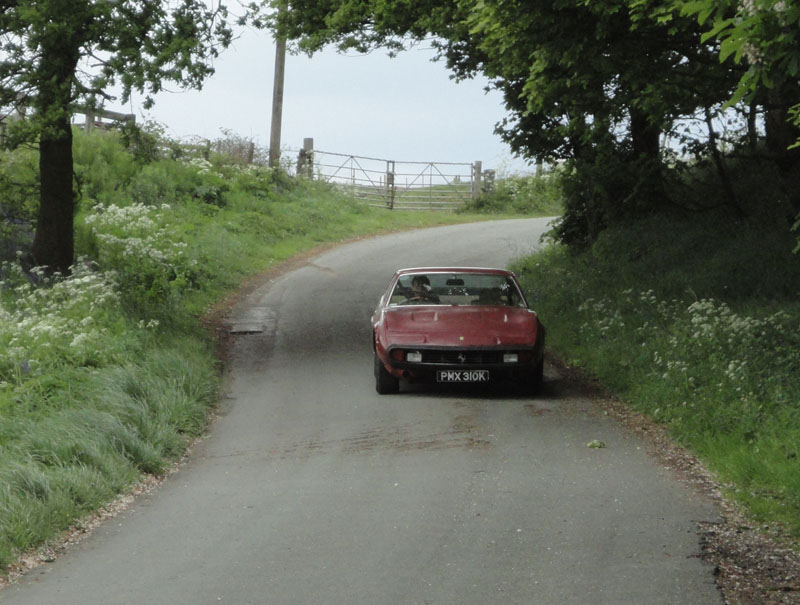 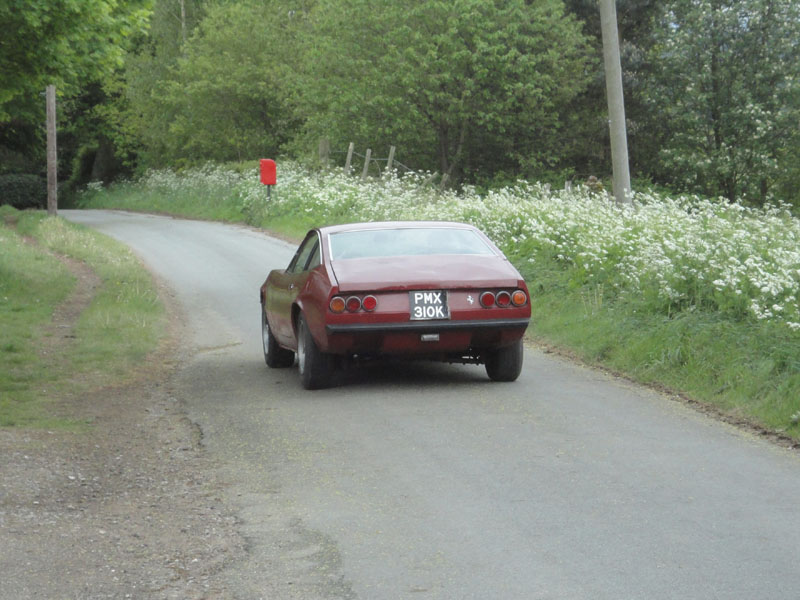 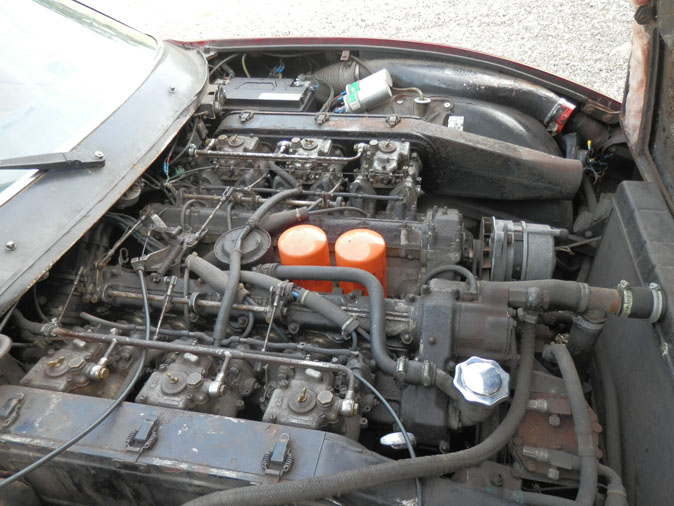 In the summer of 2009, the car was moved by trailer from the barn to a local garage as efforts to start the engine failed. A direct petrol feed was even tried because we assumed that the tank and fuel lines would be contaminated and blocked. Previously, the engine had been turned over by hand and the pistons moved freely.

At the garage, the fuel tank was removed and cleaned, new pipes and Bendix filters fitted and with the help of a new battery and a large battery booster plus a new set of plugs it was time to try to start the engine in anger. The V12 engine fired into life, sound was beautiful!! 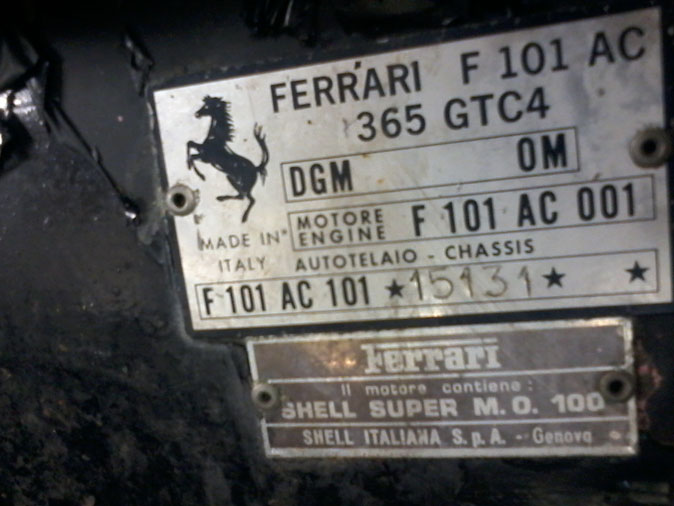 Some work needed to be carried out before presenting for an M.O.T and driving on the road. A front wing was perished and a new wing was hand formed to size and welded in place.

The braking system was seized and needed renewing. The calipers were rebuilt and the pipes renewed, the handbrake needed freeing as it was seized and a replacement cable was fitted. A new tyre was needed but the other Pirelli’s were more than fit for purpose. All that was now needed was a small amount of electrical work and a headlight bulb for one of the pop up headlights.
Before presenting for the MOT test,a horn was required and a small one was acquired which was quite inappropriate for this majestic car. 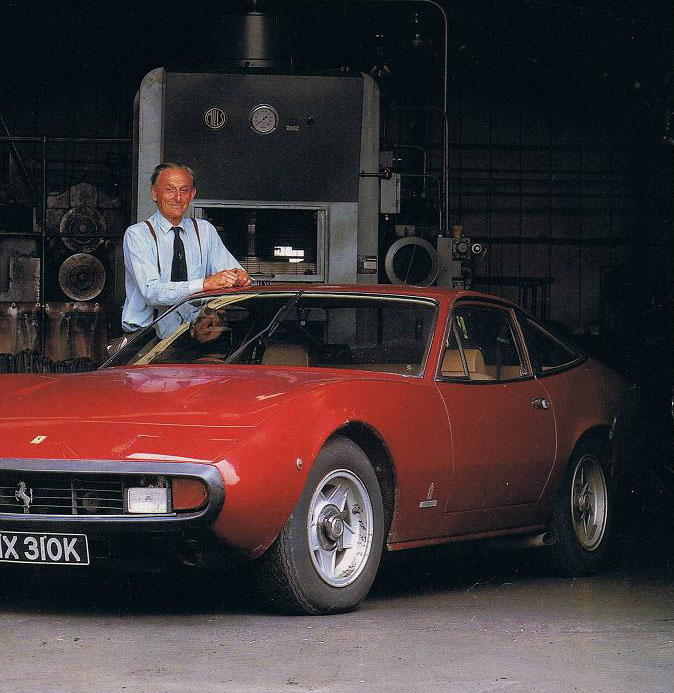 Here is a brief history of our Ferrari 365 GTC/4 that will be undergoing renovation.

Our barn find was originally ordered on the Ferrari factory by the UK agents Maranello Concessionaires in October 1971.  The purchaser was Gerald Ronson – who at the time, amongst his many business interests was chairman of H.R. Owen Ltd.  The sales contact at Maranello  was Mike Salmon, the well known racing driver who drove on many occasions at Le Mans and other important sportscar events. Mike Salmon raced many iconic cars including Aston Martin DB4, Jaguar D-type & XK120, Ford GT40, Ferrari 250GTO & 250LM.

The 365 GTC/4 took longer than expected to arrive in the UK, but chassis / engine No. 15131 was eventually delivered in June 1972. The car was painted Rosso Nearco 2.664.032 It, with leather upholstery in Beige VM 3218 and fitted with Beige carpets. The price paid by Mr Ronson, a good Ferrari customer, was £7,850 less 12.1/2% discount plus purchase tax of £1,964.37 making a total of £8,529.01 . A delivery charge from Egham to London was an additional cost which did not go down well with the purchaser. In response the supplier advised that they had to charge £2 per hour for delivery and the time involved was 3 hours. Incidentally, Maranello Concessionaires paid Ferrari only £4,710 free Italian Border for the car.

Aubrey Garton bought the car in 1977 and the car remains in his family and is now owned by his son Tim. Tim Garton is a Director of  www.thomassmithfasteners.com  who supply the classic car industry with BA, BSF, BSW, UNF, UNC, & Metric Fasteners, Bolts & Nuts in all Head Shapes, Material Grades  and Material Types. 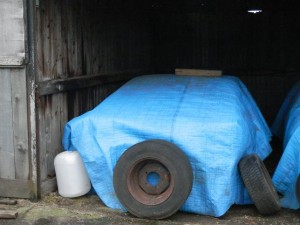 This pictures show our classic car under wraps in a barn where it has been stored from 1998 to 2009 .

The picture below indicates the classic origins of this car which was built in Italy in 1972 and is one of only 50 RHD’s that the factory built. 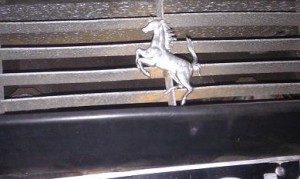 The car is garaged in a shed next to a winning thoroughbred race horse – which will be the better performer? How many horsepower in the Italian connection? 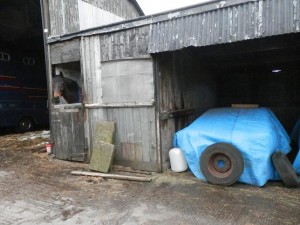 Follow the story on this site to learn more about our Maranello thoroughbred and the story of this genuine barn find.